I thought the image looked familiar, a quick search through my stock collection and I found it. It’s one of my pictures from my Getty images portfolio. It’s always great to see my work in use.

A little bit about the shoot.

This Photoshoot was part of an event hosted by gettyimages.com in London, November 2013. It was a three-day event in Shoreditch.
I loved it.
On the third day, I was one of a group of photographers and videographers who had been chosen to attend an event at a country estate outside of London.
Each Photographer was assigned a group of models and had a 40-minute slot to shoot the models assisted by an Art director from Getty Images.
The atmosphere at the house was great, a real buzz of creatives all working on their project.
The tension mounted as my 40-minute slot was due, but my models were late due to a travel issue.
It was great fun and the 40 minutes went by in no time.
I have developed a fast style when working with models and can get quite a lot of content from a short shoot. However, the editing, retouching and colour toning takes me weeks, wish I could get faster at that : )

A little bit about the shoot.

Late September early evening, no wetsuit for the photographer : )

We shot a few images with a surfboard around the cliffs above Fistral Beach, Newquay with the Nikon D850 + 24-70 f2.8, then switched to the Fuji X-T2 with Meikon underwater housing for the sea part of the shoot.

There wasn’t a big gap between waves, and it was difficult shooting in these conditions. Shooting mirrorless with face detection certainly helps in blind shooting situations like this. I made the mistake of only putting one UHS-II card in the camera, missing many shots because the buffer in the camera hadnt cleared and it wasn’t ready to shoot.

If you are looking at a Fuji X-T2 and want to shoot rapid movement, lifestyle etc., I recommend using UHS-II cards over UHS-I. However 64gb Sandisk UHS-I 90mb’s 17 pounds, UHS-II 300 Mb’s 99 pounds.

These images are available for licence exclusively at Istockphoto.com.

A little bit about the Photoshoot.

My second time working with more than one model, the first time was with gettyimages, and they arranged the models, wardrobe, locations, art directors etc.

On this photo shoot, that was all my job. Production is a job in itself.

I was a little worried the models would feel uncomfortable pretending to be a couple. However, they both were relaxed and nailed it.

If you would like to work with either, their Instagrams are Male Model, Female Model.

These images are available for licence exclusively at Istockphoto.com.

The sad state of stock photography.

I remember when I saw this image on the advertisement for flights to Newquay, quite excited to see a picture in use. I emailed the model a copy, and he’s already seen it at Newquay airport.

A little bit about my most successful lifestyle shoot.

This shoot was late September in Cornwall. I had one week, my stock income was in free fall, I’d just got a tax refund and decided to blow it on hiring two models for coastal lifestyle shoots.

Things always go wrong : ) The forecast was terrible, wind and rain. I cancelled the shoot initially, but the model wanted the shoot as she had invested time and money in preparation.
So we went ahead, we started shooting walking along the cliffs around Porthcurno, it was overcast and on/off light rain. When we got to the beach, well we got fortunate, the sun came out. Beach holiday lifestyle shots in the rain don’t work : )
The model was brilliant giving happy, carefree looks with ease. She even was happy to play in the sea, and it was freezing : )

This photo shoot turned out to be my most successful model shoot to date.

The images can be licenced exclusively at istockphoto.com.
View the shoot here. 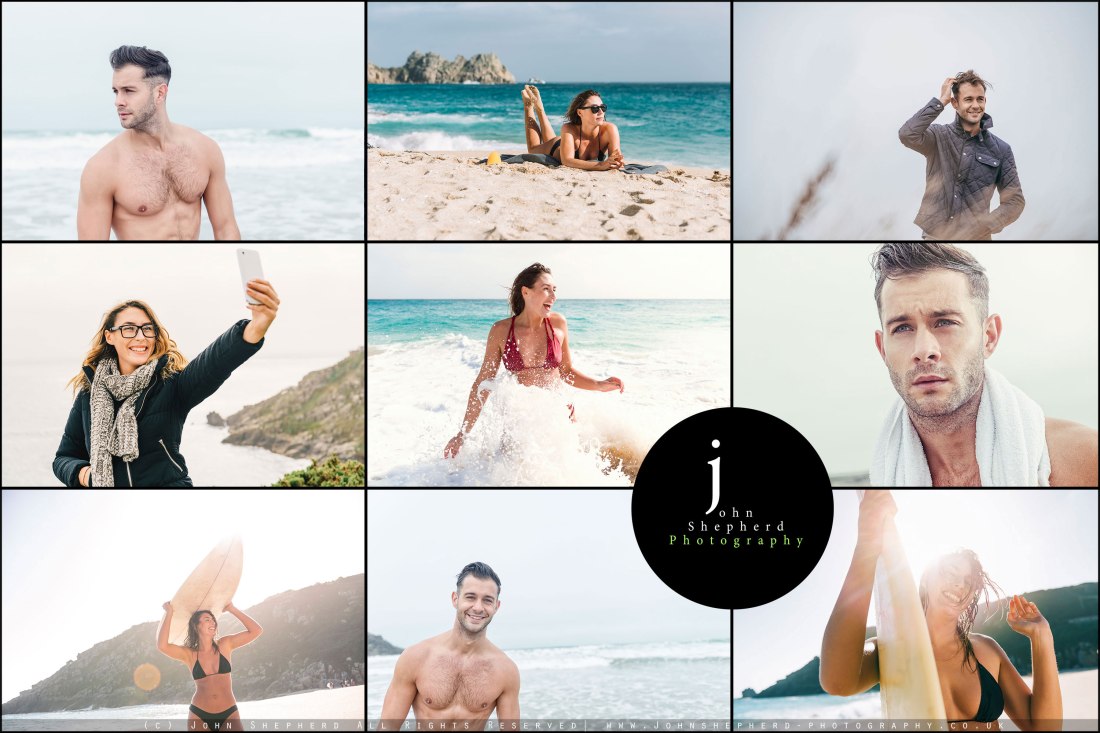